It’s hurricane season off the Bermuda islands,
and our crime-solving sleuths are having an ocean party.  They would have been better off had they been solving meteorology.  Scooby and the gang overcome both weather and a high-tech, grand conspiracy in this The Scooby Doo Show episode, “A Creepy Tangle in the Bermuda Triangle”.

Skeleton Men haunt Diablo Island above ground and waters below.

Stranded on Diablo Island in the middle of the Bermuda Triangle.

The mystery of the Bermuda Triangle and its missing planes.

The Sea Dog. The most interesting, yet creepiest, character ends up a fraud.

The Scooby Show, in its second episode, still grasps for direction.  While the sound design is impressive (listen for frogs in the background as the gang explores the island), the execution is stilted.   There is no character development, no alter-egos, and no back story.  While the technology is on par what was expected in Scooby Doo, Where are You!,  the conspiracy ranks up there with any James Bond film.  Submarines, underground bases, remote piloted planes, and deadly traps.   I know there are much better episodes ahead.  This isn’t in their league. 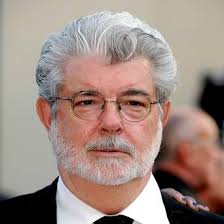 Dr. Grimsley, if he wasn’t a cartoon.

Previous episode: Watch Out! The Willawaw!
Next episode: A Scary Night with a Snow Beast Fright